1168 pages of mystery, science fiction, suspense, romance, erotism, capitalism or better to say industrialism. A great effort for me, to be frank (it is one of the longest novels ever written), but it was worth it. Atlas Shrugged (1957) is Ayn Rand‘s fourth and last novel, it was also her longest, and the one she considered to be her magnum opus in the realm of fiction writing.

Atlas Shrugged is as relevant and stimulating to an active-minded person today as on the day it was written. The reason is not hard to identify. In Atlas Shrugged Rand is concerned with timeless, fundamental issues of human existence. The book explores a number of philosophical themes from which Rand would subsequently develop Objectivism. In doing so, it expresses the advocacy of reason, individualism, capitalism, and the failures of governmental coercion [Wikipedia].

“My personal life,” says Ayn Rand, “is a postscript to my novels; it consists of the sentence: ‘And I mean it.’ I have always lived by the philosophy I present in my books— and it has worked for me, as it works for my characters. The concretes differ, the abstractions are the same. Ayn Rand wrote volumes urging people to be selfish.

What? Aren’t people already too selfish? Just do whatever you feel like, be a thoughtless jerk, and exploit people to get ahead. Easy, right? Except that acting thoughtlessly and victimizing others, Rand claims, is not in your self-interest. What Rand advocates is an approach to life that’s unlike anything you’ve ever heard before. Selfishness, in her philosophy, means:

At the dawn of our lives, writes Rand, we “seek a noble vision of man’s nature and of life’s potential.” Rand’s philosophy is that vision. Objectivism, a philosophy for living on earth.

Ayn Rand’s philosophy, Objectivism, begins by embracing the basic fact that existence exists. Reality is, and in the quest to live we must discover reality’s nature and learn to act successfully in it.
To exist is to be something, to possess a specific identity. This is the Law of Identity: A is A. Facts are facts, independent of any consciousness. No amount of passionate wishing, desperate longing or hopeful pleading can alter the facts. Nor will ignoring or evading the facts erase them: the facts remain, immutable.
In Rand’s philosophy, reality is not to be rewritten or escaped, but, solemnly and proudly, faced. One of her favorite sayings is Francis Bacon’s: “Nature, to be commanded, must be obeyed.”
Reality — that which exists — has no alternatives, no competitors, nothing “transcending” it. To embrace existence is to reject all notions of the supernatural and the mystical, including God. 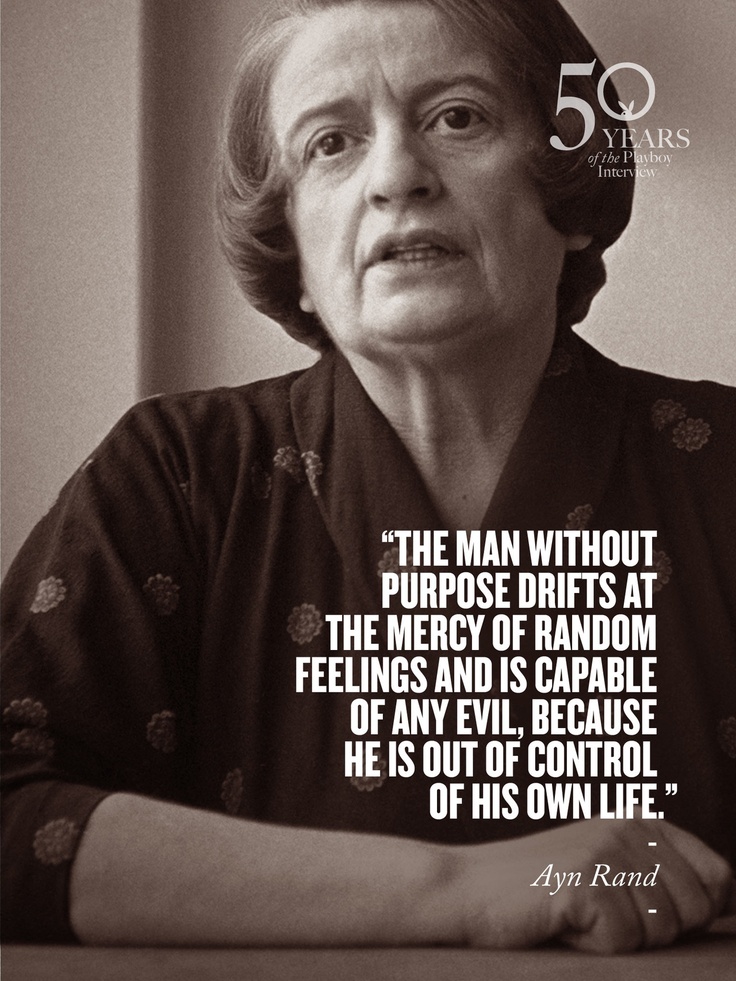 ESPISTEMOLOGY: REASON
“You can’t eat your cake and have it, too”

The essential advice of Rand’s philosophy is: embrace reason as an absolute. This means: choose to face the facts at all times, in all areas, whether at work or at home, in business or in love — and no matter what conclusion logically ensues, whether pleasant or unpleasant.
The purpose of epistemology is to help teach us how to reason: how to think conceptually, how to properly define our terms, how to form and apply principles.
Reason doesn’t work automatically. We have to choose to activate our minds, to set them in motion, to direct them to the task of understanding the facts, and to actively perform the steps that such understanding requires. Our basic choice in life is “to think or not.”
To choose to follow reason, Rand argues, is to reject emotions, faith or any form of authoritarianism as guides in life.

ETHICS: SELF INTEREST
“Man is an end in himself”

Why does man need morality?
The typical answer is that we must learn to deny our own interests and happiness in order to serve God or other people — and morality will teach us to do this.
Rand’s answer is radically different. The purpose of morality, she argues, is to teach us what is in our self-interest, what produces happiness.
“Man has,” she observes, “no automatic code of survival. . . . His senses do not tell him automatically what is good for him or evil, what will benefit his life or endanger it, what goals he should pursue and what means will achieve them, what values his life depends on, what course of action it requires.”
This is what the science of ethics studies — and what Objectivism offers. “Man must choose his actions, values and goals,” she summarizes, “by the standard of that which is proper to man — in order to achieve, maintain, fulfill and enjoy that ultimate value, that end in itself, which is his own life.”

POLITICS: CAPITALISM
“Give me liberty or give me death!”

The ideal social system, Rand holds, is laissez-faire capitalism. Economically, this means not today’s mixture of freedom and government controls but “a complete separation of state and economics, in the same way and for the same reasons as the separation of state and church.”
Rand’s advocacy of laissez-faire capitalism is a consequence of her deeper philosophical views. An individual who eagerly faces reality, who embraces his own rational mind as an absolute, and who makes his own life his highest moral purpose will demand his freedom. He will demand the freedom to think and speak, to earn property and associate and trade, and to pursue his own happiness.
Laissez-faire capitalism, Rand argues, is the system of individual rights. In such a system the government has only one function, albeit a vital one: to protect the rights of each individual by placing the retaliatory use of physical force under objective control. [from AynRand.org]

If you want to know more about: 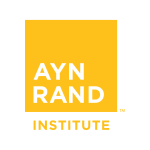