Fallingwater —as this building is commonly named in english— is a house designed by American architect Frank Lloyd Wright in 1935. Construction began in 1936, and ended with the completion of the guest house in 1939. 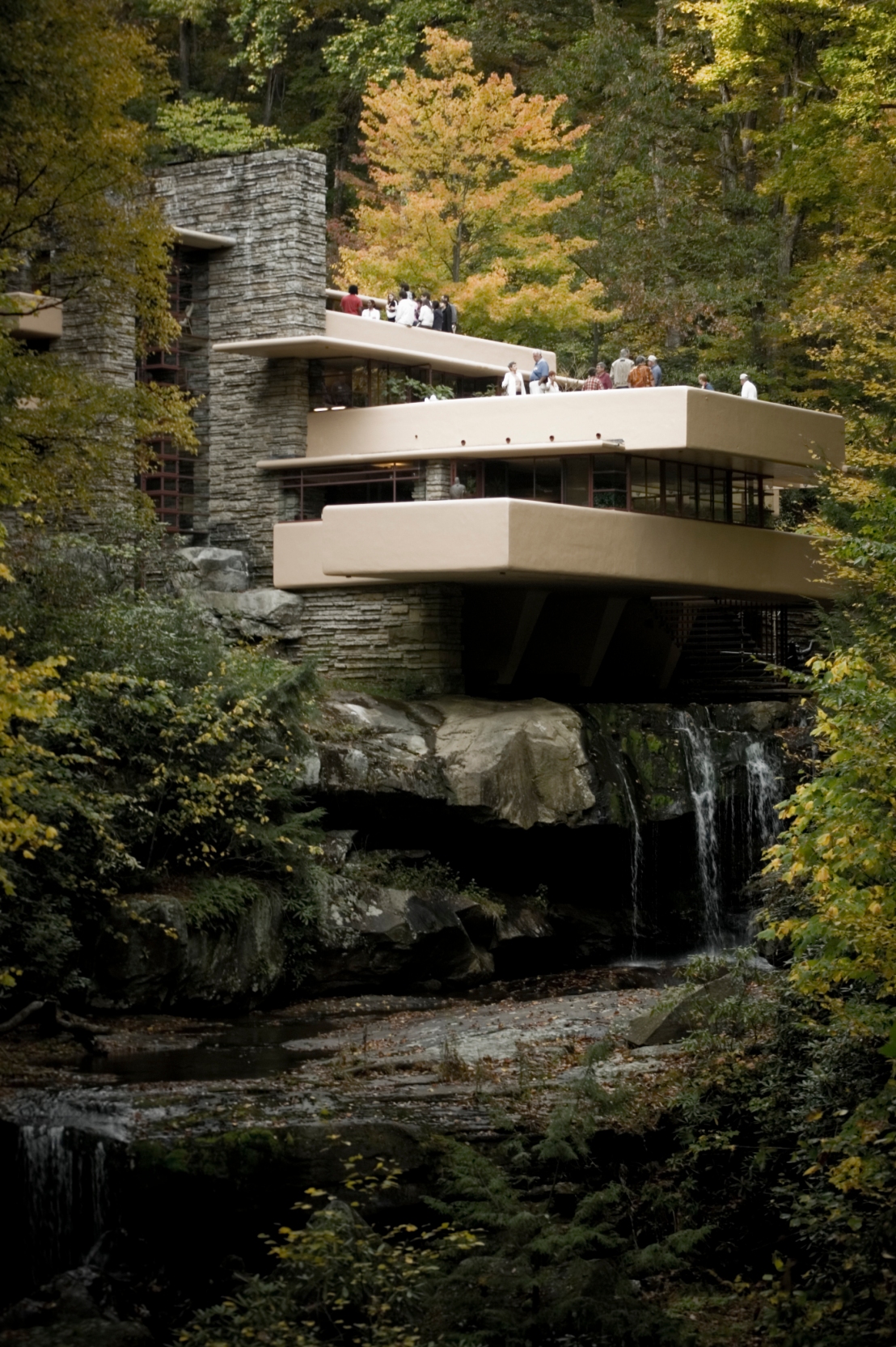 “There in a beautiful forest was a solid, high rock ledge rising beside a waterfall, and the natural thing seemed to be to cantilever the house from that rock bank over the falling water… Then came (of course) Mr. Kaufmann’s love for the beautiful site. He loved the site where the house was built and liked to listen to the waterfall. So that was a prime motive in the design. I think that you can hear the waterfall when you look at the design” (…)

Frank Lloyd Wright in an interview with Hugh Downs, 1954