A focus on innovation and people. Thirty-two startups from all over Europe at Klimahouse 2019.

“The Human Factor”: for the third edition of the Klimahouse Startup Award the call for participation is open until 5 November. The best technologies that bring together buildings, people and nature will compete for a prize worth €30,000. The manager of Fiera Bolzano, Thomas Mur, comments, “Building in harmony with nature is in the DNA of the people of South Tyrol.” 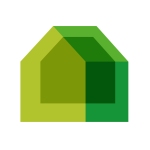 Thirty-two startups from all over Europe at the centre of Klimahouse 2019. Now at its third edition, the Klimahouse Startup Award grows threefold and dominates the central area of this European event dedicated to energy-efficient building. Hence, the Startup Village becomes a real centre of innovation at the Fiera Bolzano (Bolzano Trade Fair). The 4-day showcase will include themed meetings and matchmaking between startups, companies and strategic partners for the green startups of the future, which will see an increase from the 10 participating last year to 32 at the 2019 edition. The call for participation for the Award, which, this year, involves a total prize amount of €30,000 in services, is now officially open and startups can apply at the following link. The theme of this edition, scheduled from 23 to 26 January, will be “The Human Factor“: therefore, the focus will be on the consequences for people of technologies dedicated to smart building, smart living and the smart city. A new feature will be included: the prize awarded by the public, who will be called on to vote on the days of the event. Moreover, the special Agenzia CasaClima prize has been confirmed.

Thomas Mur, Director of Fiera Bolzano explains, “We want to give scope to innovation that focuses on people and especially on their habitat. Given the excellent response in recent years, we have decided to further expand the spaces provided. Building in harmony with nature is in the DNA of the people of South Tyrol: man and the environment play leading roles in our eco-system and, last year, the NOI (Nature of Innovation) Techpark opened, the first science park inspired by nature. It is a place where companies and research centres, startups and universities work together to build a better and sustainable future for everyone”. The 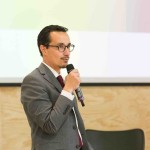 scientific director of the event, Luca Barbieri, comments, “This edition will be increasingly international and well-attended. The Klimahouse Startup Award involves the partnership of leading business incubators in Central Europe, focusing on young entrepreneurs and well-established companies and thus creating a virtuous circle where ideas acquire shape and substance.  In this way, innovation proves to be what it should be: positive change based on people and their wellbeing.”

The 2019 edition of the award is promoted in collaboration with the International Living Future Institute, a non-governmental organisation founded in Seattle that is present in Europe with an office at NOI Techpark as of this year. Since 2006, it has been promoting Living Building Challenge, the strictest and most advanced standard certifying

sustainability applied to buildings. As confirmation of the partnership, the CEO of the International Living Future Institute, Amanda Sturgeon, author of the book entitled Creating Biophilic Buildings, will make the opening address at the final of the Klimahouse Startup Award scheduled for 25 January.

The Klimahouse Startup Award: the call for participation

The Klimahouse Startup Award 2019 is open to all startups operating in the following sectors: building, energy, services, IT and the IoT, provided that they apply to the field of energy-efficient and sustainable building. Startups are all companies based in the EU, established not before the year 2014, whose main activity strongly features innovation. Applications must be submitted by 6pm on 5 November 2018 using the form published at the address

The participation fee is €999 + VAT: the full amount will be refunded to the ten startups selected for the final on 25 January. By 19 November 2018, a technical jury will select the 32 startups called to exhibit their services and products in Bolzano from 23 – 26 January 2019 at Klimahouse in the Startup Village in the Fiera Bolzano halls. Every day, several session pitches will be held to allow the participating startups to introduce themselves to the public at Klimahouse: during the first three days of the event, the technical panel of judges will select the ten startups to compete for the first prize during the final that will take place at NOI Techpark. The startup finalists will be judged by the panel on an elevator pitch and on a subsequent Q&A session. This year, for the first time, the public will also vote. Visitors and exhibitors will be able to assign a symbolic “Public Prize” by voting using the specific cards on the first three days of the event. Info: Klimahousestartupaward@klimahouse.it. 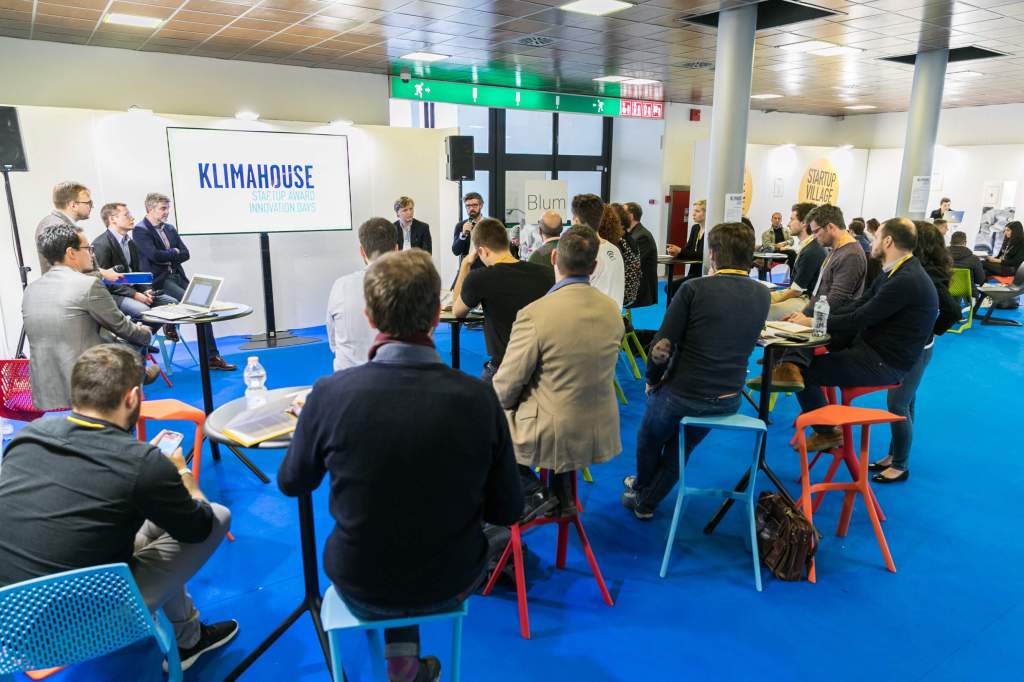 The total prize amount of the event, in services, is €30,000. The winner will have a fully set up stand, with additional services and hospitality, at the Klimahouse 2020 editions, advertising services in the catalogue and on the official website of the event, as well as 150 invitation vouchers, a visibility package with a press release and a video interview, all for the 2020 edition. In addition, the winner will be able to take part in ComoCasaClima scheduled to take place in Erba (CO), from 15 – 17 November 2019. The Klimahouse Startup Award is organised by Fiera di Bolzano, IDM Alto Adige-Südtirol and Blum.