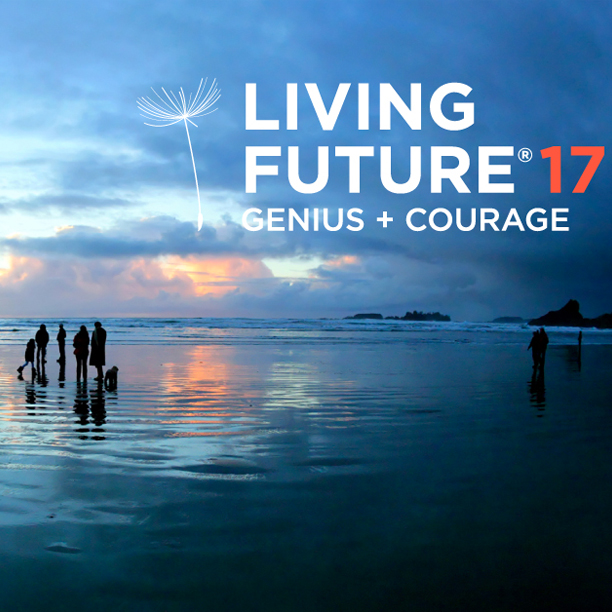 Celebrate Genius and Courage in all of its forms during the 11th Annual Living Future unConference, May 17-19 in Seattle, WA. Join us for unconventional sessions + dynamic speakers, including Van Jones, Naomi Klein, and Kirsti Luke.  Living Future brings hundreds of thought-leaders to the table to create a healthy and just future for all. #ChallengetheNorm and uncover your role to make this future a reality. Register here 🙂

Living Future unConference is the forum for leading minds in the green building movement to make strides toward a healthy future for all. This year, we will focus on the layers of Genius and Courage during unconventional sessions and dynamic speaking engagements with top-notch keynotes. We’ll open the unConference with Van Jones, a civil rights leader, former Obama White House advisor and CNN political correspondent. Celebrate 11 years of innovation and partake in the out-of-the-ordinary experience that is the essence of the unConference.

Van Jones is a civil rights leader, former Obama White House advisor, and CNN political correspondent. He is the Founder and President of Dream Corps — an incubator, platform and home for world-changing initiatives that empower the most vulnerable in our society. The Dream Corps three programs,#cut50, #YesWeCode, and Green For All, work to close prison doors and open doors of opportunity. A Yale-educated attorney, Van has written two New York Times bestsellers: The Green Collar Economy, the definitive book on green jobs, and Rebuild the Dream, a roadmap for progressives.

Naomi Klein is an award-winning journalist, syndicated columnist and author of the international bestsellers, No Logo, The Shock Doctrine, and most recently This Changes Everything: Capitalism vs the Climate (2014) which is being translated into over 25 languages.  This Changes Everything, the documentary inspired by the book and narrated by Naomi premiered at the Toronto International Film Festival. In 2017 she joined The Intercept as Senior Correspondent. Recent articles have also appeared in The Guardian, The Nation, The New York Times, the New Yorker, Le Monde, The London Review of Books.

Kirsti Luke is Chief Executive of Tūhoe Te Uru Taumatua, Ngāi Tūhoe’s Tribal Authority. She holds a Bachelor of Law (LLB), is extremely knowledgeable about the tribe’s treaty claims, and was involved in the establishment of Te Uru Taumatua. Her goal is to build the organization and the tribe’s economy and improve descendants’ quality of life. Her role includes recruiting management staff, building relationships with stakeholders and government agencies, developing policies to improve or coordinate options for housing, health and employment for Tūhoe and providing business recommendations to build up the tribe’s economy. The International Living Future Institute is an environmental NGO committed to catalyzing the transformation toward communities that are socially just, culturally rich and ecologically restorative. Composed of leading green building experts and thought-leaders, the Institute is premised on the belief that providing a compelling vision for the future is a fundamental requirement for reconciling humanity’s relationship with the natural world.