Are you a HOC – addicted? Or you don’t care about it? No matter where you fall on the scale of devotedness, everyone can learn a thing or two from Underwood and Co.

“If you don’t like how the table is set, turn over the table.” There are plenty of rules we have to live by, but one isn’t to sit by and let things happen. If you don’t like the way something is going, change it.

“Pay attention to the fine print.” The smallest details can be the most important, so always see them through. Ignore them, and they might come back to bite you.

“I should have thought of this before. Appeal to the heart, not the brain.” Logic only gets you so far. Everyone has emotions and a heart, even those who rarely seem to act upon their feelings. Whenever you really want to make someone do what you want, pull at their heartstrings.

“Friends make the worst enemies.” The worst people to turn your back on are those who know you best. They may not have the motive, but the definitely have the means to take you down.

“Give him your heart. Cut it out and put it in his fucking hands.” The only way to get things done is by putting your heart into it, whatever that task may be. Want someone to think you’re being sincere? Give him or her your heart, by whatever means necessary.

“For those of us climbing to the top of the food chain, there can be no mercy. There is but one rule: hunt or be hunted.” This is one of those rules mentioned above. If you don’t want to be thrown under the bus for things, you have to be the one on top. I’m not saying you have to be the one trampling over everyone else, but if the bear is only two steps behind, the best way to distract him is with fresh meat.

“To improve is to change. To perfect is to change often.” This was a Winston Churchill quote inscribed on the back of a watch gifted to Remy from Frank. No one ever got better at anything by sitting on his or her couch watching Netflix (but finish “House Of Cards”, of course–that will take you places, my friend). Being static isn’t a way to achieve anything, so get up and keep changing.

Information Is Power. Underwood simply knows about things – a key trait of the majority whip. Frank’s uncanny ability to manipulate people partially comes from the fact that he can engage with them on a personal and societal level.

He knows about their lives, their struggles, their industries, the particular pain points for their constituencies, and how best to provide something to them. His ill-gotten gains are boosted thanks to the fact that Frank Underwood is an immensely well-read and culturally-learned person. It’s one thing to be able to talk about a particular industry – it’s another to be able to take said industry and apply knowledge of the rest of the world to it.

Your weaknesses can be powerful tools in the hands of the unscrupulous, and the best way to protect yourself is to know your biggest vulnerabilities and address them.

“You can’t purchase loyalty.” One of the deciding factors of a company’s success is a loyal workforce. If executives cannot convince their employees to believe them, it is near impossible to succeed. When an executive demonstrates a commitment to their company (and their employees), they will gain the most invaluable asset of all – loyalty.

“There are two types of vice presidents: doormats and matadors. Which do you think I intend to be?” Replace “vice presidents” with whatever you aspire to be or are. It always rings true. To be the best at what you are, you can’t let people walk all over you and still expect to excel. Unless you aspire to be a welcome mat.

“There are two kinds of pain. The sort of pain that makes you strong and useless pain, the sort of pain that’s only suffering. I have no patience for useless things.” Every company has the occasional slip up, and the responsibility of an executive is to take the hit, learn from it, and come out stronger on the other end. Pain only truly hurts when nothing good comes of it.

“I strangle her, Francis, so she doesn’t strangle me.” So many people believe learning from the past is an important part of growing. Sometimes, though, the only way to move on with your life is to leave some things in the past. Constantly reliving a horrific experience or trauma is no way to get over it. Learn from your past, but don’t let it consume your every thought and action.

Learn the People Around You. Frank’s attention to detail – names, birthdays, wives, districts, hobbies, and even weaknesses – is a powerful asset. But don’t prey on the weaknesses; instead, note and understand people’s core competencies to help them (not manipulate them). For example, imagine your client is powerful, excitable, and slightly disorganized. It’s your job (and opportunity) to become the person who can bring organization and calm to his life.

“I wouldn’t be sitting here if I wanted a shoulder to cry on.” Don’t expect pity from anyone, especially as an entry-level or new employee. Everyone above you has paid his or her dues – that’s why they’re no longer sitting where you are – and all of your unemployed friends are just too tired of looking for work to listen to you complain about your job. Buck up and get on with it, but remember how bad it was when you’re sitting on the other side of the table.

“Money is the McMansion in Sarasota that starts falling apart after 10 years. Power is the old stone building that stands for centuries. I cannot respect someone who doesn’t see the difference.” They are not mutually exclusive. Money does not mean power, and power does not mean money. Power lasts as long as you cultivate it and exercise it. Money just doesn’t last. You either need to hide it away, in which case it’s like you don’t even have it, or you need to keep making more. Which would you rather have?

“Treading water is the same as drowning for people like you and me.” As an executive, you can never stand still. One moment in idle can cripple even the most powerful business, and executives always need to be taking proactive steps to better their brand. 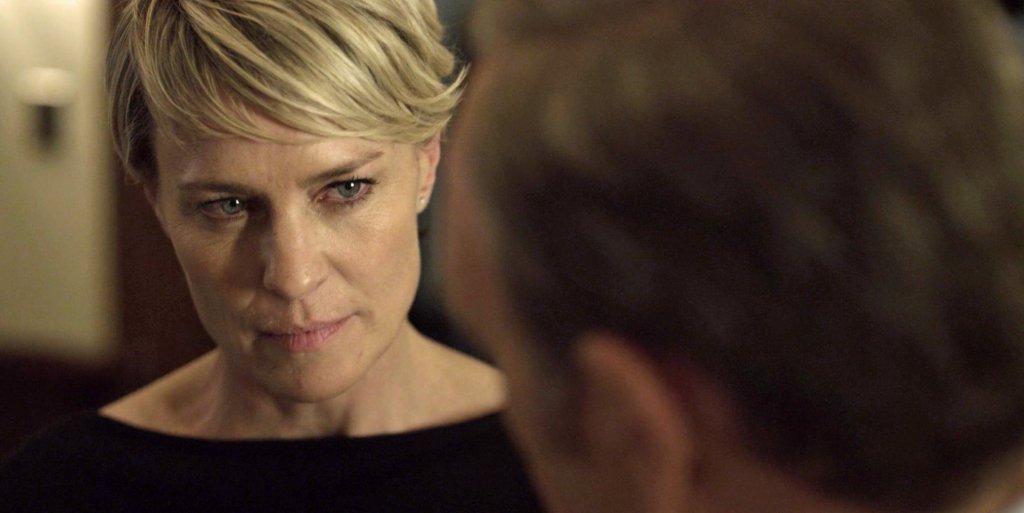 “The nature of promises, Linda, is that they remain immune to changing circumstances.” It is always important to keep promises: to your friends, to your family, but, most importantly, to yourself. Things may change and incidents may come up, but unless the unthinkable happens, stay true to your word.

Nobody Is Below You (and Respect Comes From Actions). Frank is a regular customer at Freddy’s BBQ – wonderful food in a terrible neighborhood. He treats Freddy the same way he does his fellow congressmen (OK, maybe better). He doesn’t care about Freddy’s pedigree; he cares about the ribs.

The lesson: Don’t look down on people outside your industry (particularly those who are not-so-technical), as if they “don’t understand” what they’re doing and are thus inferior. Then there’s the entire school of “Where did you go to college?” that somehow still exists. Sorry, but no degree makes you any better than anyone else on this planet.

“From this moment on, you are a rock. You absorb nothing, you say nothing and nothing breaks you.” There are times to learn, times to take in everything around you. There are other times when you need to be immune to the things around you in order to survive. Sometimes it’s just better to be a fly on the wall.

“What a martyr craves more than anything is a sword to fall on, so you sharpen the blade, hold it at just the right angle, and then 3-2-1…” Executives should strive for their company to be so innovative and efficient that when their competition falls, they don’t get back up. Being one step ahead can make your business succeed, while being one step behind can absolutely ruin you (ask Blackberry’s ex-CEO Thorsten Heins). 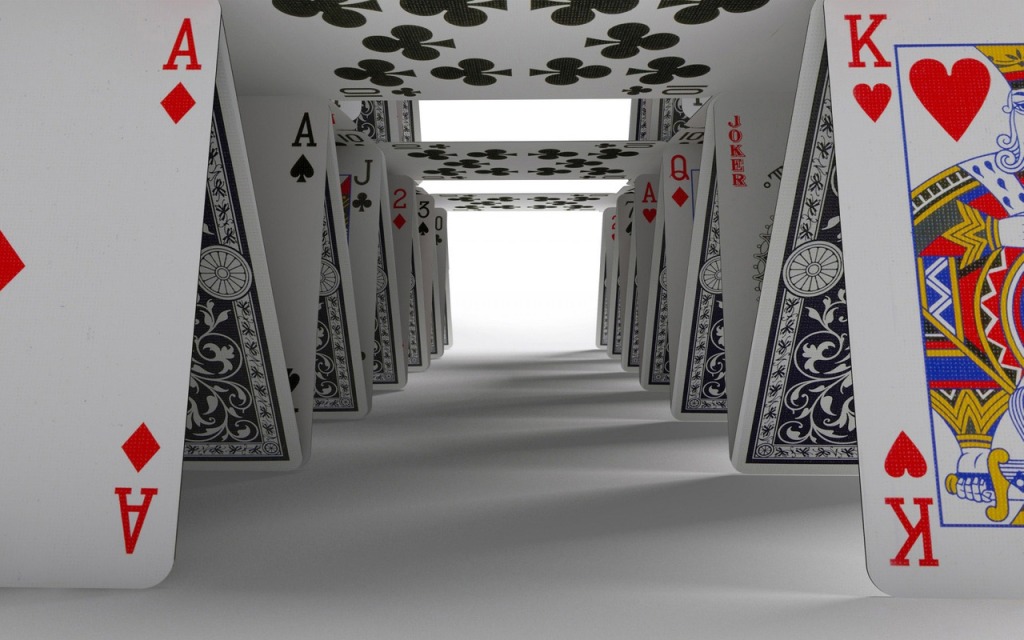 “There’s no better way to overpower a trickle of doubt than with a flood of naked truth.” The truth will always overpower doubt. Know your facts. When you don’t have an answer, be honest and find the right answer, not just what sounds good. And above all, be confident.

“Even Achilles was only as strong as his heel.” This is so simple it’s astounding. Don’t let your weakest point be your downfall. Whatever it may be, work at it so you’re not an easy target.